The project investigates the processes of identity construction in a globalised world, through different lenses (the cultural, the migratory, the postcolonial and the gender one), by focusing on artists that simultaneously live and work in multiple contexts (in Morocco, Turkey, France, Belgium, Nigeria, Germany or Italy).

“On the walls of Le Cube -independent art room, the exhibition immediately places the visitor at the heart of the subject. A good example to retain is the filmed performance of Mehdi-Georges Lahlou, walking for miles in Stilettos (Walking 30km with red high heel shoes, 2009). Perched on his heels, he walks with less and less assured steps on his trembling ankles, all while resisting his loss of balance. There are also the works of Randa Maroufi. Her photographic work captures the content of the ostentatious glances on bodies in the public space (Reconstruction, 2013), and her video is about the reaction of people discovering the painting “The Origin of the World” (Close up, 2016).

Also, there are the three embroidered pieces of Sido Lansari. In two of them, he reproduces sexual selfies shared on social media (Overseas Telegram, 2016), while in the third one, he takes up the Arabic translation of the dialogues between transvestites in an American reality TV program that was broadcasted in the Middle East (Sissy that walk, 2016).

Last but not least, let us complete this non-exhaustive tour with Emeka Udemba who captures the racial and civilizational register with a photographed performance. Emeka Udemba had placed himself in front of the statues in the gardens of the Palace of Versailles, while dressed in the same way and in an identical position (Monuments, 2006). Incidentally, he was arrested at that time for “defamation of the cultural heritage”, the fact which entrenches, if necessary, the approach of the artist… »
Excerpt from a critical text by Salima El Mandjra, March 2017

Initiated by the Goethe-Institut and curated by Katrin Ströbel, the exhibitions of the cycle نص نص (Noss Noss) / Gemischtes Doppel invites, Moroccan and German artists to exchange on actual topics.
The first edition,  فضاءات المدينة / Stadt.Räume  / l’espace (de) la ville, focused on the way in which urban transformations have shaped the works of the invited artists and how, through their practice, their positioning in their respective cities is revealed. The project took place at Le Cube – independent art room in November 2015.

Documentation
• Leaflet
• Map of the exhibition
• Text by Judith Butler 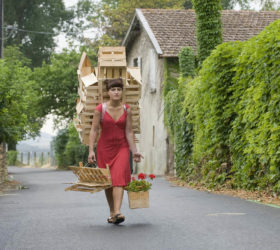 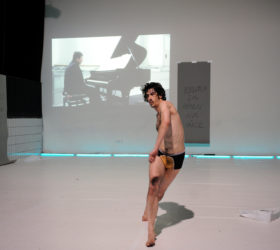 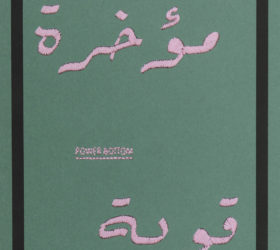