For the first edition of the video night program, Le Cube is happy to invite the artists Régis Baudy and Diego Sarramon.

During this evening, the videos Fishing melody and Harnes of Régis Baudy, as well as The Pretty Lady, co-directed by Diego Sarramon and Charlotte Yonga, will be screened.

2011
Around the shores of Dunkirk, on the jetty of Saint-Pol, the exit of the hot waters of the nuclear power plant of Gravelines, in a threatening and threatened industrial setting, he meets a community of fishermen who come out of their daily life.

7min – mini dv – 2007
Several natives of Harnes in Nord-Pas de Calais speak about their representation of resistance to enemy occupation during the Second World War. The interest is not the period of 39-45 in itself, but rather the impact of the tragedy on the population sixty years later. It is a treatment of the past, an off documentary, which observes the manner in which this experience has been engraved to the collective memory.

22min22 – 2011
“If you want fancy food, you should go somewhere else. But if you like chilling and conversation, French Toast and perhaps a lone jalapeño popper mixed in with your french fries (their signature dish!) then this is the place for you.”
Daniel C. / From Yelp (food social network)

Brochure on the evening event 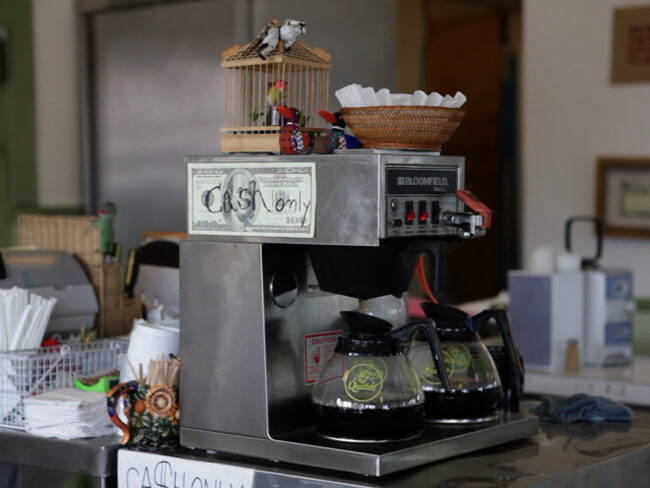