A roundtable inviting the public, artists, researchers, scientists and citizens to extend the ideas and debates raised during these evenings takes place as a follow-up to the conferences held in the occasion of the project Attokoussy.
Starting from the issues and points of view raised by the researchers on rituals and beliefs in Morocco, the roundtable invites everyone to come and share their opinion, their experiences, or reconsider some already tackled problematics, in order to establish a collective reflection.

This roundtable is part of Attokoussy, a project of art and research that opens spaces of reflection and expression in regard to the rituals and beliefs in Morocco. Orally transmitted, those practices constitute a rich intangible heritage and are constantly operating within the collective unconscious.

Through a residency, a series of exhibitions and a rich program, Attokoussy invites us to forge links between stories, narratives of the past and the present, to reveal the complexity of the relationships between what is shown and what is hidden, what is said and what is unsaid.

Attokoussy is a project initiated by Le Cube – independent art room, in collaboration with Hinterland gallery, in partnership with La Maison Denise Masson, Institut Français de Marrakech and Center Jacques Berque, supported by the Ministry of Culture of Morocco, the Embassy of Austria in Morocco and the Pietri Urban Hotel. 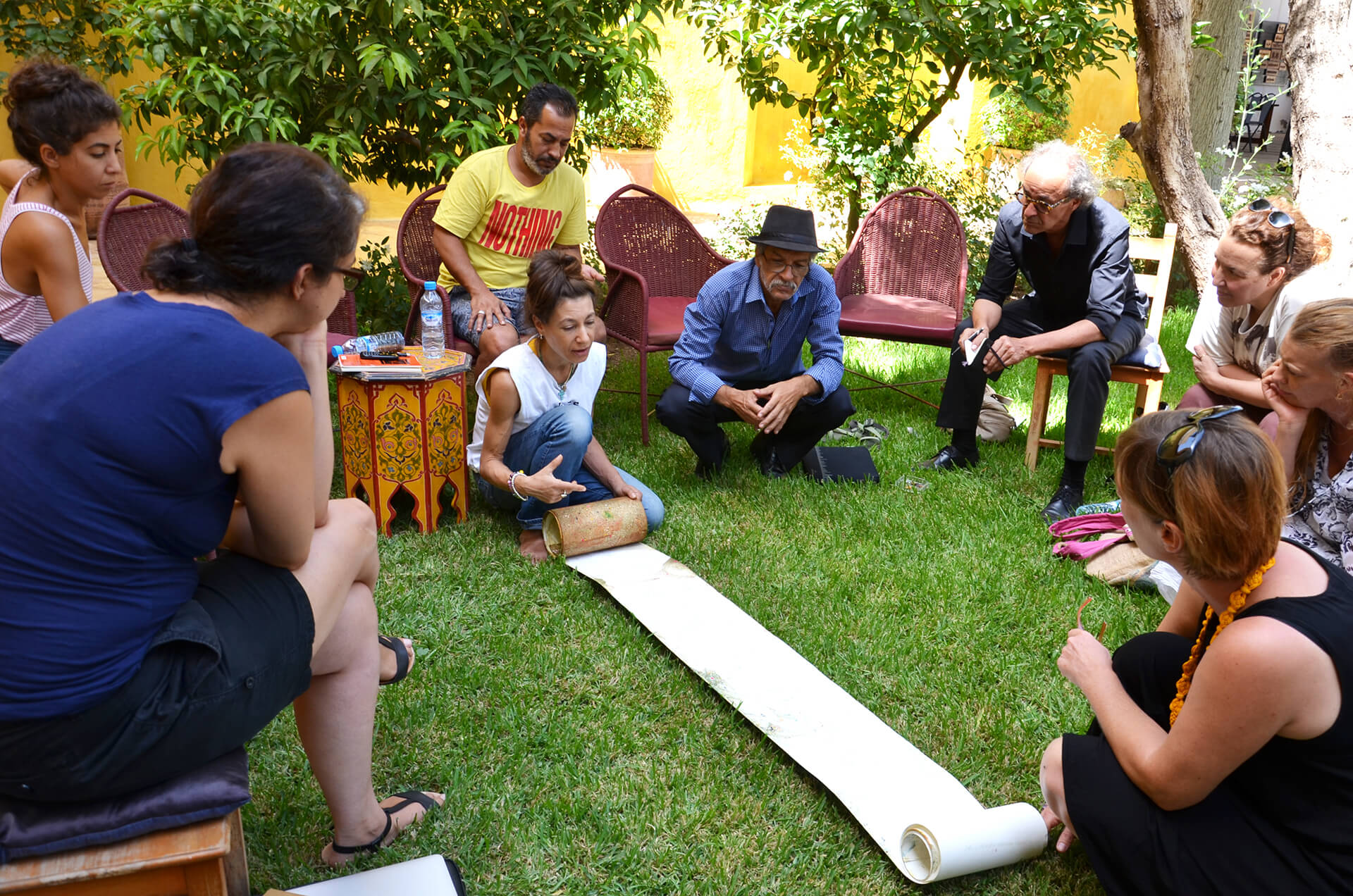