This talk which is part of the cycle Noss Noss is an opportunity for the public to (re)discover the work and approach of Gabriela Oberkofler.

As one of the artists who participates in the exhibition, هويات.أدوار . أجناس / Geschlechter. Rollen. Identitäten. / Genre(s). Rôle(s). Identité(s), she presents two auto-portraits showing her carrying an assemblage of cottages made from wooden crates on her back (Gipfelstürmen, 2009).

Conducted while she was in residence in France, this project consists of exploring the public space by endorsing a materialization of her place of origin. The concept may lead one to think of the snail carrying her house, but in fact, beyond her link to Bolzano, she is mostly attached to the weight of the complex cultural and historical heritage.

Indeed, if Bolzano belongs nowadays to the autonomous region of Trentino Alto Adige, this territory, object of rivalries between Austria and Italy, ends up giving rise to the Austrian Empire in the 14thcentury. After World War I, it was reattached to Italy, and the fascist movement worked to erase its memory by taking measures such as the ban on the use of the German language, or the change of the street names, to mention but a few.

Now, this mobile installation which models the physiognomy of her country, also aspires to revive the memory of the nomadic artisans who, their personal belongings on the spine, offered their services by going door to door.

Metaphor of the charge of this socio-cultural capital that one carries in and with himself, this patrimonial composition thus, reveals the distinction between the visible and the invisible, namely, power relations, the mixing of populations, and the legacy of collective memory.

However, the talk also tackles several projects developed by Gabriela Oberkofler where the animal world still is of a central focus. In fact, it is a source of metaphors for our contemporary societies and our plural identities.

The presentation is followed by a time of exchange with the public.

Excerpt from a text by Salima El Mandjra, 2017 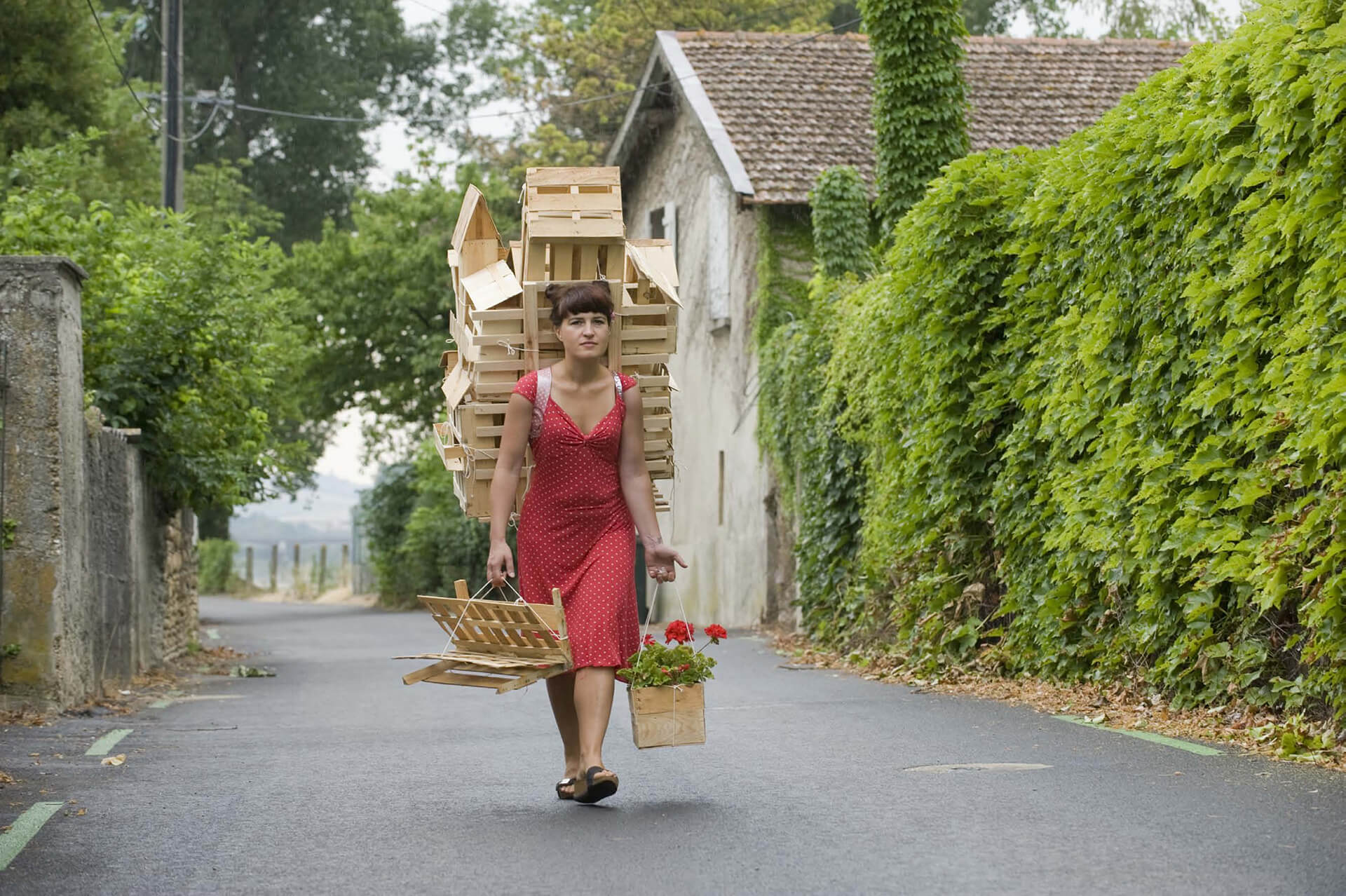