The 4th edition of the video night is dedicated to the videos of Mohammed Laouli and takes the form of a discussion between the artist, the journalist Kaouthar Oudrhiri and the public.

The work of Mohammed Laouli suggests the premises of an endogenous reading of what surrounds him. He explores the phenomena that cross, cripple or mark his environment, and on a bigger scale, proposes a singular and contextualized analysis of societies, our societies.
Even if there is an aspect of engagement in his reflection, his work is non-discursive. He cannot improvise himself as a prescriber, a lesson giver, or a politician. He merely expands his insight, as well as the resentment he feels at moments in the corner of a neighborhood, a building or a wasteland.

The projects presented for this event give an overview on the richness in Mohammed Laouli’s video practice. From The Head, minimal video, silent and aesthetic, centered on the figure of the bull-minotaur that is very present in his anterior pieces, to Letter to the King, his most recent project, the research of Laouli is characterized by the diversity of themes.

Often, it is an invitation to become aware of the facts and everyday elements that we would prefer to avoid, as even in their silence, they are violent (Le chien de l’usine, Letter to the King). In fact, minimal gestures bring about the complexity of our contexts (l’Econome, Untitled) and also with a mere insertion of elements, Laouli achieves a semiotic change, thusly leading thought to open on new worlds and new possibilities (Everything is sacred, Golf project).

Thusly, the videos presented treat various engaged themes that confront the spectators and invite them to become alert in regard to those imperceptible and yet crucial elements that make our social spaces.

This video night is the opportunity to initiate exchanges on mythology, economy, culture and language-linked thematics. 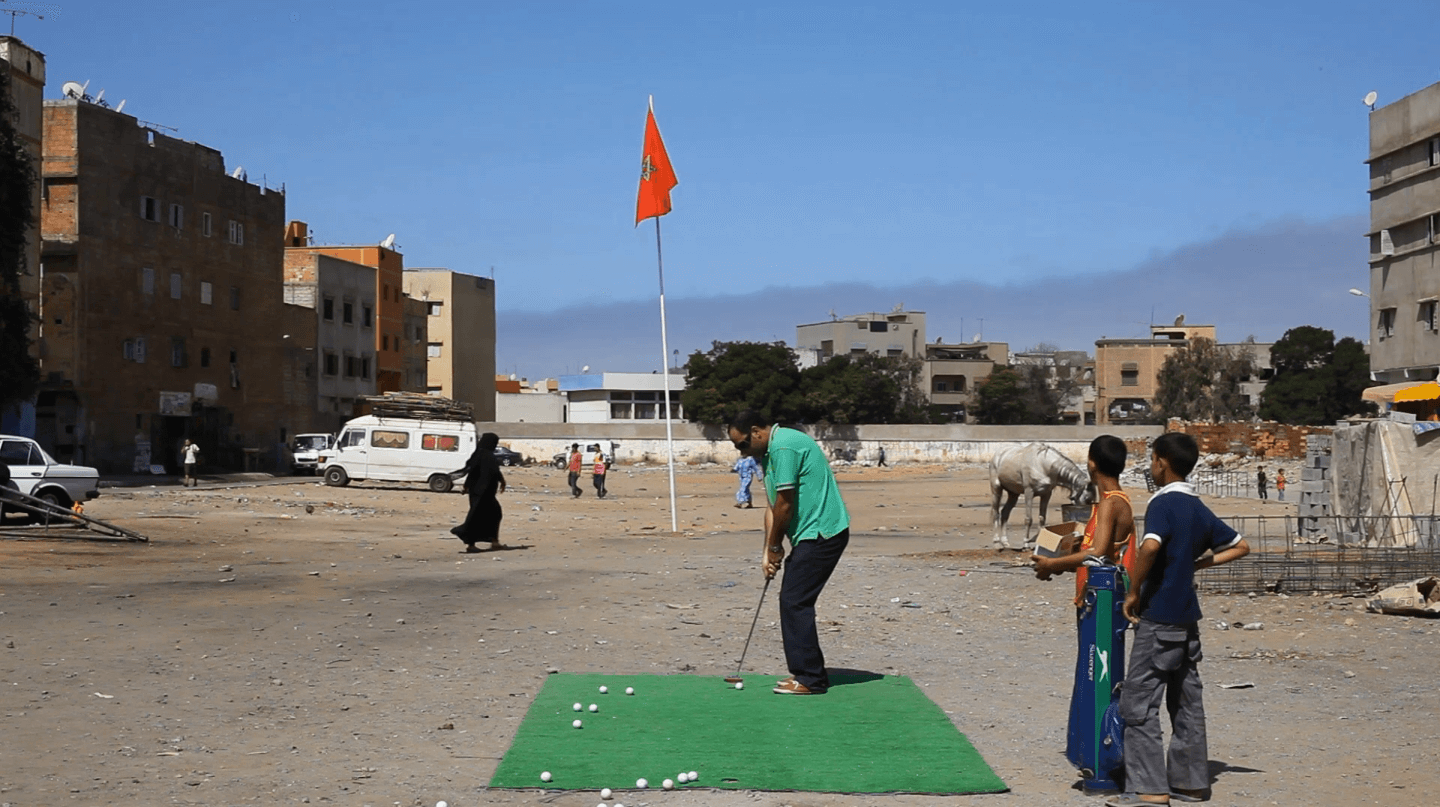