A meeting and interactions with the artists Hassan Darsi and Katharina Schmidt, in the framework of the exhibition Noss Noss / l’espace (de) la ville.

Hassan Darsi speaks about his projects in relation to the space of the city as a social and political space, notably about Portraits de famille, a project that took place from 2001 to 2009. The project proposes to the inhabitants of eight cities in the world to pose in his traveling studio. Also, the Hermitage Park project, developed in the form of “Artistic gateways” from 2002 to 2008, marks the beginning of a series of actions and works about subjects city, architecture and public spaces : Le lion se meurt, Le passage de la modernité, Le square d’en bas, Point zéro, Le toit du monde, Chantiers en or, …
Hassan Darsi lives and works in Casablanca.

Katharina Schmidt presents her work that often takes as a starting point the analysis of the development of a territory, a city or a district.
Through the decryption of a new environment, the artist explores outstanding architectures (Les unités d’habitation of Le Corbusier) or more trivial (a shopping center of Marseille). The basis of her approach is a drawing and painting practice that embraces forms as diverse as stylized figures, geometric shapes from architecture or symbols evoking the world of industrial or advertising graphics.
Katharina Schmidt lives and works between Marseille and Berlin. 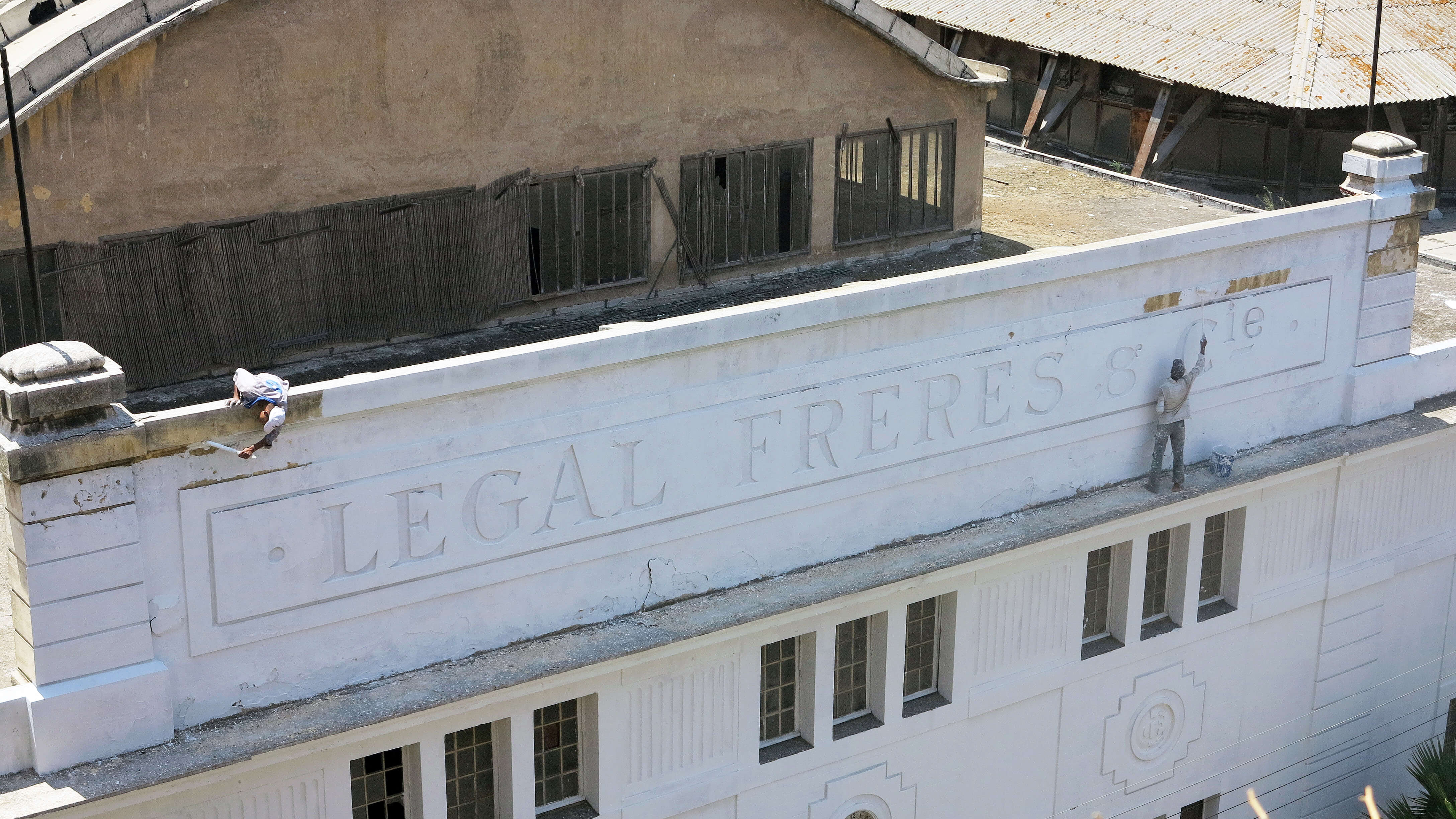