For the first edition of the curators zone, the two curators Maria Iñigo Clavo and Anna Raimondo have had carte blanche to set a temporary project of a reflective and determinative approach. The result is expected to be complex: Tradition – Traduction – Trahison  (Translation – Tradition – Treason), an exhibition that reflects the visions of artists in Brazil, in Cuba, in Colombia, in Spain, in Italy and in Morocco.

When treason of tradition happens through translation, we have here a cacophony: we can say that it is an interpretation which exposes a limit, a delict, an interruption in the repetitive transmission of customs and knowledge, thusly leading to a convulsion of our certitudes.

The artists of this exhibition take the position of the intersection created by the meeting of these three words, as they are also invited to betray the units of measurement that order and rank our world: cartography, time, space, language, history and also the history of art.

Thus, we are facing the incertitude that these cultural hybredizations raise: indetermination. We find ourselves confronted with Roland Barthes’ idea of “outside the sentence” or a case similar to “writing aloud”, a concept that was initiated when the philosopher was in Tangier market, in the year 1968, and when he had realized that his experience in that moment was uncertain and unsteady because of language.

“What writing aloud searches for are the pulsional incidents, the language lined with flesh, a text where we can hear the grain of the throat (…) a whole carnal stereophony: the articulation of the body, of the tongue, not that of meaning, of language.” *

Traduction Tradition Trahison  acts like a space of exhibition and itinerary research. During each stage, curators will facilitate the exchanges –physical and virtual ones- between the artists, through the making of a sound archive – a collection of dialogues and interviews- available on the webradio Saout Radio.

Documentation
• Leaflet of the exhibition
• Press release
• Reportage on Télé2M (from 34:25) 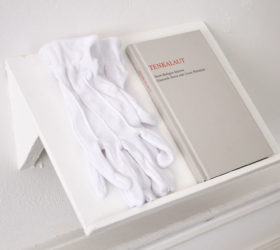