Art as an independent discipline?

How does art and the way we view it evolve in our society, and how do we interact with it? What do the artists from the North African countries propose in this “world of art” supposed to be without borders? With what discourses and language tools do they do that? Can art (and should it) take the same forms of presentations which are getting more standardized? Is this for the purpose of facilitating its circulation and reception? Is it a commodity among others? Why are certain forms successfully received by a public while others fail in certain cultural and social contexts?

Hichem Merouche wishes to reflect on these questions during his residency in Rabat, as a part of travelling narratives, in order to conduct a work of video research, with a logic of mise en abîme where he intends to take a position both in the posture of the subject and that of the camera.

Getting inspired, on a technical level, from the work of filmmaker Carole Roussopoulos and her way of intervening on images and editing to divert the meaning, Hichem Merouche wishes to explore the contrast that could immerge from these sequences. The latter will be filmed outside, in the city, and inside, in the space of the residency in order to make the spaces dialogue.

The residency of Hichem Merouche at Le Cube is part of the project travelling narratives. The latter is a regional program of art and research that aims at encouraging interactions between cultural agents in Morocco, Algeria, Egypt, Mauritania and Libya.
Through the organization of a cycle of residencies, exhibitions, screenings, meetings, workshops and conferences, this project strives to cross and connect micro-stories from North Africa in order to discover and disseminate endogenous stories of these territories and to collectively imagine new social and cultural utopias from these alternative narratives.
Traveling narratives is supported by AFAC – The Arab Fund for Arts and Culture, the Goethe-Institut Marokko, the Institut Français du Maroc, the Centre Jacques Berque and the Ministry of Culture and Communication in Morocco. The program is carried out in partnership with Townhouse, مؤسسة ورق للفنون – WaraQ art foundation and the cultural space Diadie Tabara Camara. 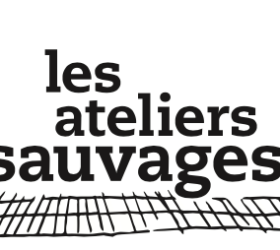