“Private space / public space,
the boudoir, knowledge and power in the artwork of Zoulikha Bouabdellah”
Meeting with Nadine Descendre.

The boudoir is a small elegant lounge, formerly arranged for the exclusive use of women … a small room dedicated to the intimacy of informal women conversations, and by extension, to secret political or diplomatic affairs.

There, we would paradoxically feel like reaching the depths of someone, or something. We would sometimes reach the essence of hidden confidential or clandestine things… But with the intimate coexists another form of profoundness; the one which we share, that of a more solemn and public transmission, relating to a collectivity. A political profoundness as well, but one which is relative to public interest.

This interior / exterior maieutics, argumentations accompanying the search for truth and knowledge, is at the heart of the madrassah, the place for the transmission of knowledge par excellence. The dialectic private space/public space as well is inherent in the work of the artist Zoulikha Bouabdellah.

The Merinid madrassah of Salé, built between 1333 and 1341 by Sultan Abu al-Hasan ben Uthman, during the Merinid dynasty, is one of the smallest medersas of Morocco. Nevertheless, it is one of the most wonderful from an aesthetic and patrimonial point of view. It is an exceptional monument like other schools that play a cultural, educational and political role.

History constantly speaks of the contemporary and, conversely, the contemporary operates a reinterpretation of reality that it covers to reveal the invisible. Thus, the choice of the place in question is not just opportune. In fact, Zoulikha Bouabdellah sometimes bravely founds her artworks on a notion of disrespect and reveals new mindsets, coming from antagonisms forged by cultural anchors that collide with each other. She juxtaposes contradictions of the twenty-first century.

This meeting is held in the Merinid Medersa of Salé, in partnership with the French Institute of Rabat. 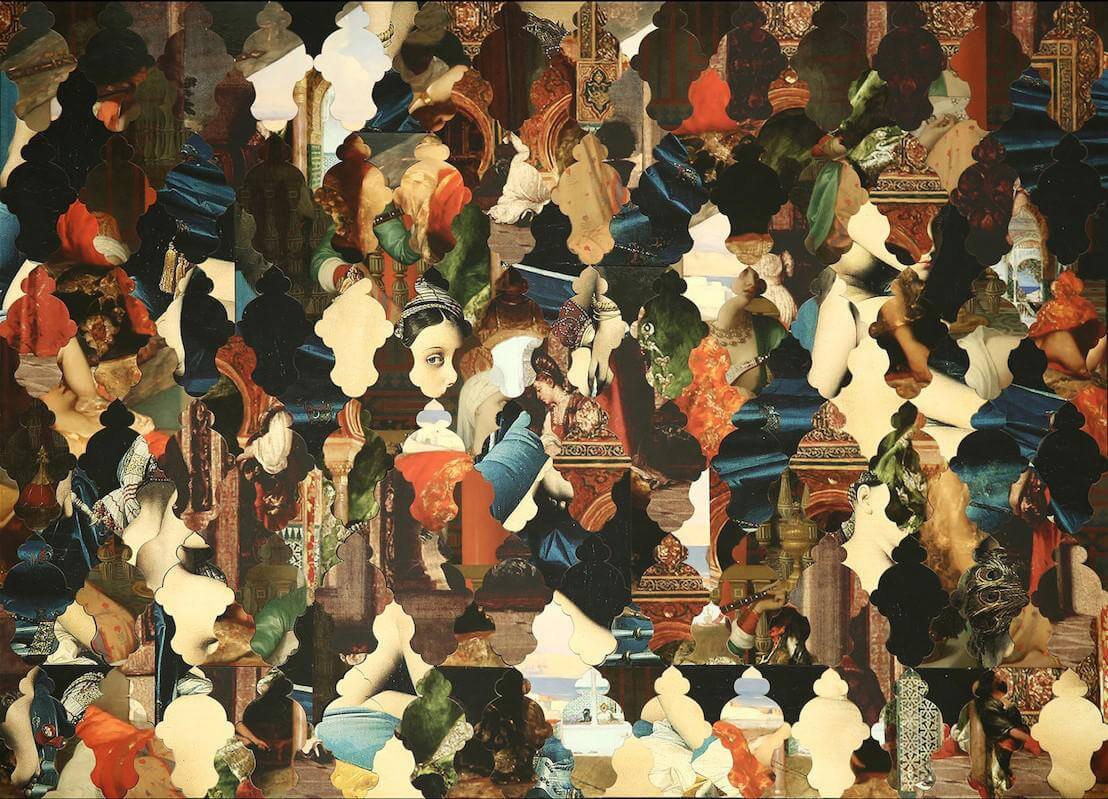