The work of Hassan Echair is like an after travel: images, materials, signs, objects, that float and take root at the same time. They are imprecise when looked at them, and hardly recognizable, like an overturned sky.
Hassan Echair tries to capture meaning in order to transform it into aesthetic sensations. His approached is characterized by an economy of means, becoming almost a minimalist one.

Hassan Echair is obsessed with the fleeting and evanescent character that tracks every form of life. The inexhaustible flow of time condemns the existents – be it minerals, plants, animals, humans or simple artifacts- to an irrevocable finality; thusly leaving us with two options: loss or preservation. The artist chooses preservation.

“My equilibrium depends on three factors: the first retains me to the top, and then the second attracts me and finds its roots in the depths; the third is a movement between the two, a search for equilibrium, for connections, for attractions.”

This evening is an opportunity for the public to engage in an exchange with the artist about his new artworks presented at Le Cube – independent art room during his exhibition Faciès. 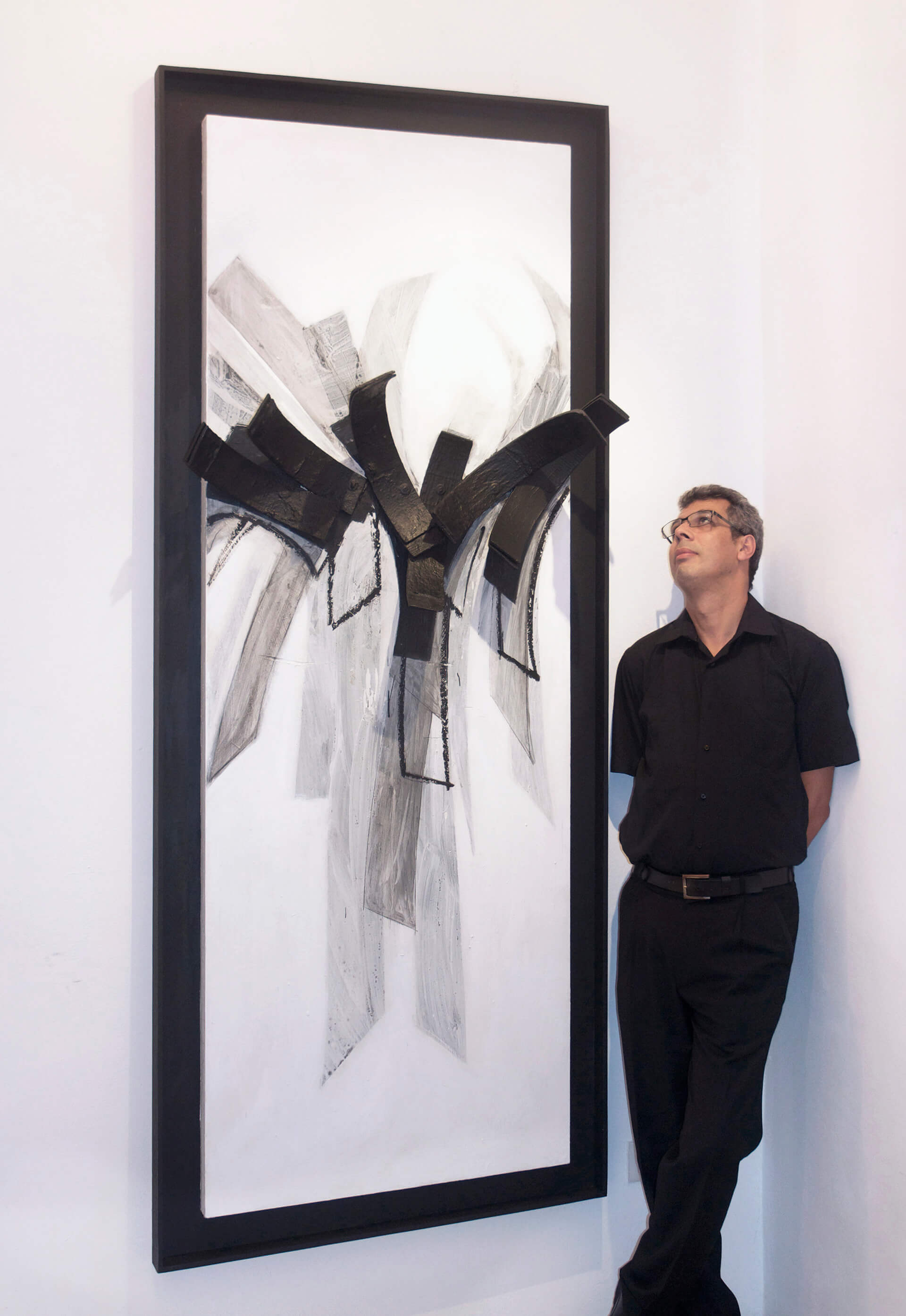