During this meeting, Maud Houssais speaks about the work that she has carried out for the bauhaus imaginista.

Doing the assessment of the two years fieldwork that questions the exchanges between the theories of modernity in Morocco and Germany, her research consists of two specific corpora: “l’Ecole de Casablanca” (1962-1972) and the project called “Intégrations” led by the Cabinet Faraoui and de Mazières.
Plusieurs ramifications sont à penser entre le Bauhaus et ces deux objets d’étude. Many ramifications between the Bauhaus and these two objects of study should be reflected upon. At the forefront, like the educational program of the Bauhaus, the emergence of new experimental pedagogies led by the “Groupe de Casa” (F. Belkahia -M. Chabâa – Mr. Melehi – T. Maraini – B. Flint) strived to abolish the boundaries between the Fine Arts and the so-called minor arts in an antiacademic scope. This project is manifested in the public commissions (hotels, banks, prefectures, universities) created by Faraoui and de Mazières that integrate works in situ within the architectural space. Thus, they make operational a synthesis of the arts, contributing to rethink the social body through art.

Maud Houssais is the co-curator of the exhibition associated to the research belonging to Learning from, a section of the international exhibition and research program bauhaus imaginista. The latter is organized by the Goethe-Institut, the Bauhaus Cooperation Network and the Haus der Kulturen der Welt in Berlin. This program aims to spotlight the phenomena of reception and translation of the theories of the Bauhaus School (1919-1933) in different socio-cultural areas, including Morocco.
After the events organized at the Goethe-Institut and Le Cube – independent art room, the chapter Learning from will be presented at SESC Pompeia at Sao Paulo, in 2018 and at the Haus der Kulturen der Welt in Berlin, in 2019. 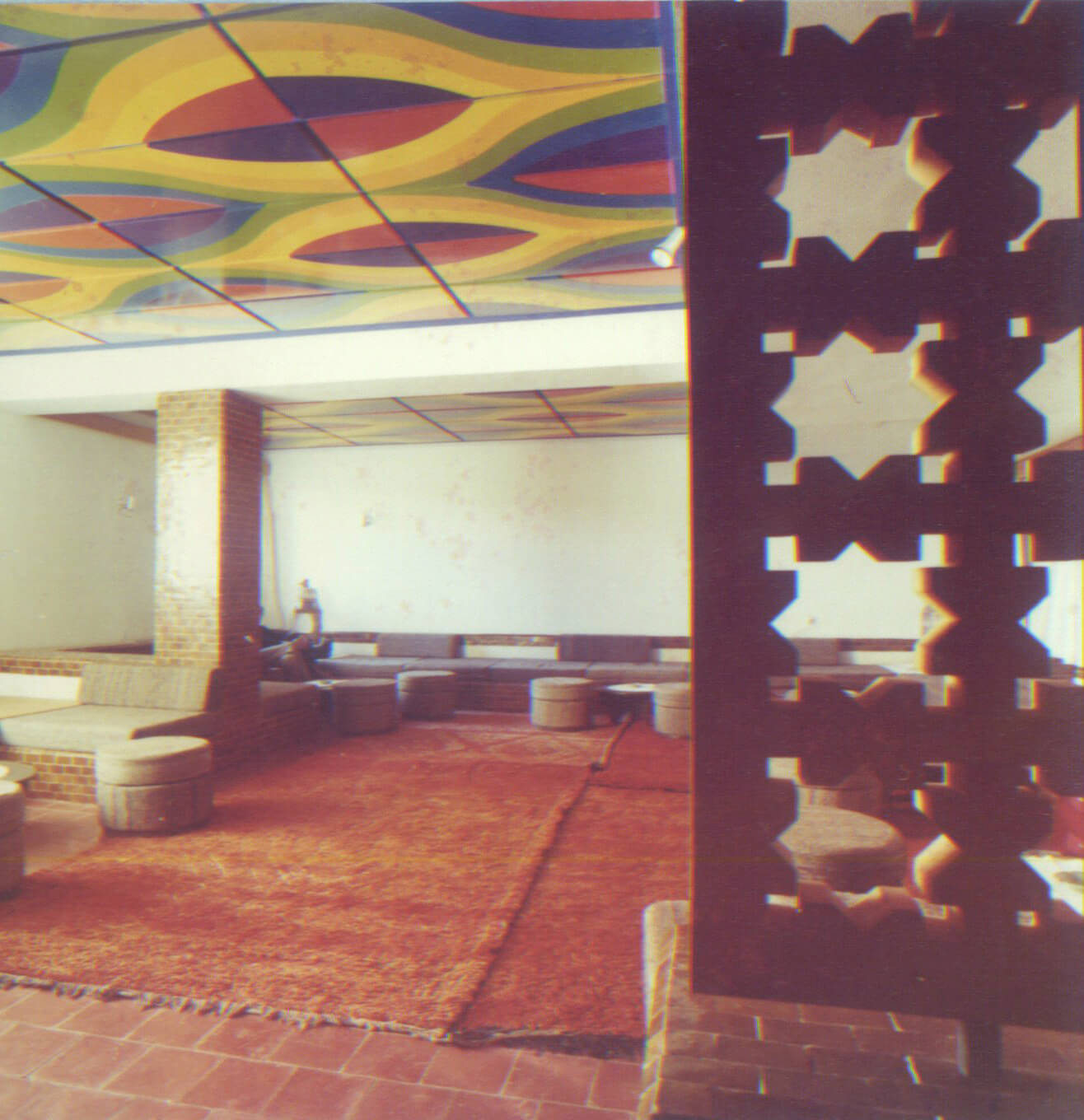