Leave No Stone Unturned [Remuer la terre] is a collective exhibition, curated by Clelia Coussonnet, that highlights the links between plants and politics in Morocco and other countries of the global South, while rejecting the idea that nature is ornamental and neutral. By scratching the visible surface to plunge into the interstices and gaps of history, the selected works show plants are intertwined in power networks and suffer from the paradox of being knowledge resources simultaneously accessible and subjected to processes of invisibility. While human impact on climate and environmental change is increasingly discussed in public and scientific debates, still few institutions and individuals explore in depth the largely underestimated relations between plants and politics. Flora is indeed an actor, a pawn and a witness of History, revealing narratives forgotten and eluded by official history’s records.

In this, the long-lasting relationship between conquest and botany during the eras of imperialism and colonialism is particularly significant. Amongst other strategies, Western empires widely resorted to naturalist and scientific expeditions to map the territories they then dominated and exploited. Today, in the age of globalisation, nature is still intertwined at various scales in local, national and international power relations.

Within this global framework, the exhibition Leave No Stone Unturned [Remuer la terre] focuses more precisely on the notions of natural resistance and of traditional healing techniques and remedies approaching flora both as an allegory of political frictions (from independence to opposition and diplomacy) and as a system of meaning, knowledge and beliefs in its own right (navigating between use, transmission and oblivion). Artists included in the show have long-term and research-based processes that enable us to re-read history through new perspectives.

The first room explores the diplomatic uses of flora and how botany has been harnessed, out of pure tokenism, as a national symbol. The second room looks into natural remedies and medicine and seeks to understand the properties of plants in relation to the cultural context they are entangled in. The third room bridges natural resistance and caring traditions by presenting radical gardening strategies and observing knowledge transmission mechanisms.

Leave No Stone Unturned [Remuer la terre] is the first collective exhibition in Morocco that initiates reflections on nature, politics and power structures, moving from Morocco to Tunisia, Israel/Palestine, South Africa, Haiti, Turkey and even deserts. It is essential to encourage dialogue on the issue of flora and systems of meanings, particularly from a postcolonial perspective and in a South-South exchange. Rummaging through soil, seeds and plants, we discover another nature: a nature not only constructed by its relations with man –often through domination and exploitation, but also through respect, spirituality and healing– but that reclaims its agency.

Leave No Stone Unturned [Remuer la terre] is supported by the Embassy of Canada to Morocco, the Institut Français du Maroc, London College of Communication – University of the Arts London, Office for Contemporary Art Norway, the Swiss Arts Council Pro Helvetia, and the Swiss Embassy in Rabat. 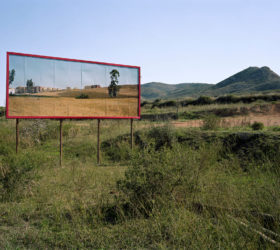 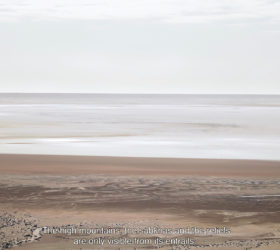 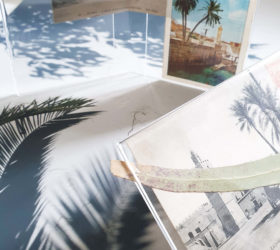