Attokoussy is a project of art and research that opens a space for reflection and expression, on the topic of rituals and beliefs in Morocco. Rites exist in every culture, every social class, every geographical space and every epoch, including the most contemporary. These rites defy time, vary according to cultures and religions, and are predominantly with unknown origins.

The existence of these stories and rituals, inherent in all parts of the world, is particularly strong in the mores and the dailies in Morocco. Orally transmitted, those practices constitute a rich intangible heritage and are constantly operating within the collective unconscious.

On the basis of these findings, Le Cube – independent art room invites four Moroccan artists, Zainab Andalibe, Mohammed Laouli, Abdessamad El Montassir and Leila Sadel, to reflect together on themes related to myths and rituals, in order to develop endogenous and contemporary thoughts on the aforementioned subjects. This project was motivated by the need to propose new perspectives in regard to these themes, which have long been discussed and folklorized, but also to analyze their impacts and challenges in our current globalized societies.
Initiated through partnership with the Hinterland space, the project also invites the artists Vooria Aria, Siegfried A. Fruhauf, Michal Glikson et Maria Seifart.
The confrontation of the researches, experiences and visions of the Moroccan artists with those of the international artists has given a new given rise to a new scope and opened new avenues of reflection, to Attokoussy.

As a direct follow up to the research time of the residency in Marrakesh, this open studio has not been organized as a fixed exhibition, but rather as a presentation during which the artists are encouraged to evolve and transform their projects in progress. Being an important research opportunity, this open studio is punctuated by a series of meetings, screenings, lectures and listening sessions – which are carried out in different contexts and geographical areas. This rich program opens spaces for exchanges between the public, the artists and the researchers, and invites everyone to compare their experiences and points of view in order to collectively extend the research undertaken by Attokoussy.

These political and poetic explorations of rituals lead to the deployment of numerous layers of reading, which reveal the complexity of our contemporary societies. Taking form as sculptures, installations, videos, photographs, performances, sound tracks and drawings, these projects create links that connect stories, facts and events of the past and the present, aiming to illuminate and rethink the possibilities of the future.

Thusly, the many proposals that make up Attokoussy evoke an infinity of symbolic and political associations, which the public is invited to observe in a kaleidoscopic manner, in the light of both, the present and the future. 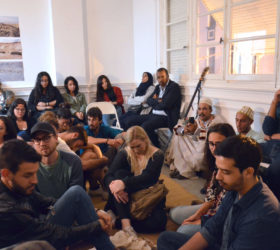 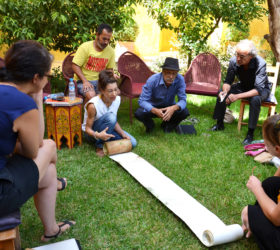